The WaldFlöte project is basically a MIDI retrofit of a 1890's era 16 foot pipe organ. It converts MIDI input into solenoid drive to directly press the keys on one of the manuals - there is no permanent modification to the organ.

Members of Dorkbot Edinburgh have spent the last 7 months or so working on this and we're pretty pleased with it. It was publicly announced at the Electron Club Open Day on 18th October 2008 in Glasgow. 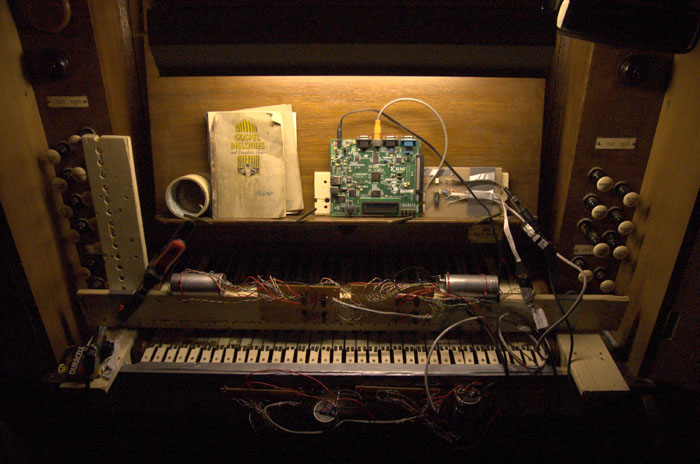 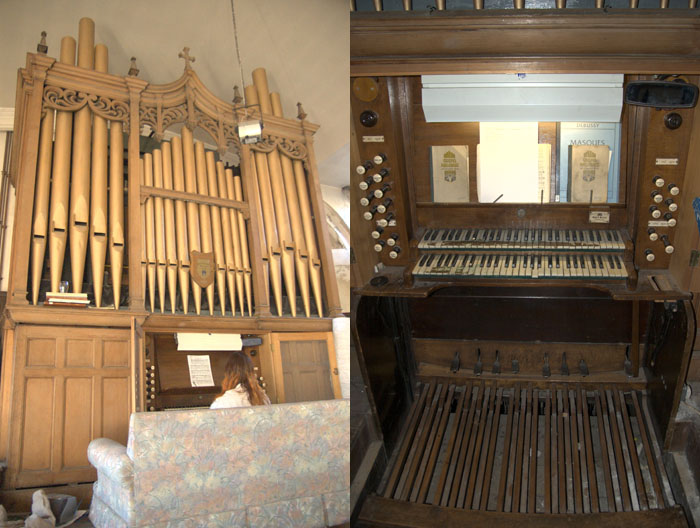 The organ resides in the hall above the Forest Cafe on Bristo Place in Edinburgh. It was originally installed by Gray and Davison in the Chapel Royal of Dublin Castle in the late 19th century, then rebuilt its current location in 1900, into what was, at the time, the Edinburgh Congregational Church. The Edinburgh University Settlement acquired the building in 2003, and the Forest moved in. From that time, the pipe organ lay silent, neglected and abandoned, but in the last couple of years, the footerings of random geeks have made it playable.

Hence, the explanation for the name of the project: Waldflöte is the name of one of the stops on the organ, and translates to “Forest Flute”. Since the organ was sited at the Forest, it seemed apt.

The electronics in the WaldFlöte are straightforward. A Xilinx Spartan-3E Starter Kit is used as the main processor board, with a soft MicroBlaze processor running custom firmware to convert MIDI events into solenoid states. These maps are serially clocked into a set of 74HC595 shift registers on reception of each event, and the shift register outputs strobed into the output registers. ULN2803A Darlington drivers on each output register are used to drive the solenoids. 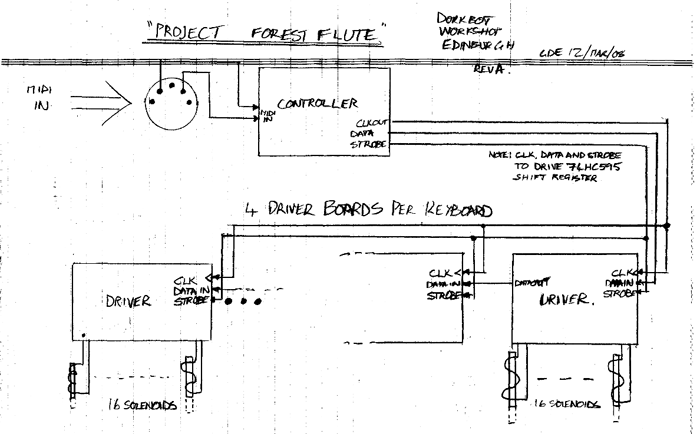 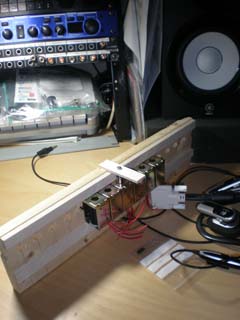 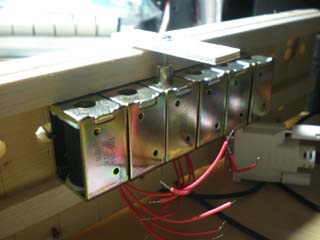 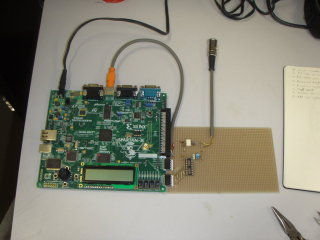